2021 bucked the usual trend of a quieter summer period for investors. Coming into July the market narrative was centred on a strong economic recovery potentially leading to inflationary pressure. Whilst it seems ironic especially given this week’s supply and demand issues around petrol and household energy prices, the risk that inflation remains high for some time had fallen over the preceding months.

Investors don’t like the uncertainty that inflation brings, as it generally leads to interest rate increases, so a reduction in that risk led equity markets higher overall. The strongest benefactor of that growth was the technology heavy US stock market. The FTSE 100 for example (a benchmark for the performance of UK shares) added 1.96% over the last 3 months, compared to the S&P 500 (US benchmark) which returned 2.69%.

One of our themes for 2021 has been regional differentiation. The idea being that different countries are at different points in their pandemic recoveries, and so should naturally perform differently. As a case in point, many Emerging Markets are further behind in their vaccination efforts, causing significant ongoing challenges to their economies. Add to that the recent Chinese property crisis, it’s not surprising to see these areas underperform. The MSCI Emerging Markets index was -5.84% on the quarter.

Markets have had a difficult end to September, though that said, in general investors have become less worried about inflation and interest rate increases. Whilst there are supply chain issues across the world, for example the cost of a metal ship container to transport good abroad has increased from £4000 to £18,000 in 12 months. So, it’s certainly more expensive to move goods from A to B. In addition, if on average we continue to spend less due to the hybrid working world, travel challenges etc., then the idea is that if costs go up in one area they are going down in others, so the effect is watered down.

Now in most of the developed world, inflation has risen, however its likely to stabilise, though in the UK, with additional Brexit supply problems, we could continue to have issues for some time yet. Take this week’s petrol problems as an example, its estimated we’ve lost 74,000 European HGV drivers since Brexit… no wonder there are shortages of goods on shelves. UK inflation (measured by CPI) hit 3.2% year on year in August, and the Bank of England have forecast 4% by year end, giving them larger headaches compared to their Central Bank peers in other parts of the globe.

To comment on COVID trends, there are certainly reasons to be more positive. More recent data seems to suggest that developed economies are at or close to some measure of ‘herd immunity’, leaving the virus’ reproductive rate close to 1 despite very low levels of restrictions. That’s not to say the winter is going to be a breeze, but if booster vaccines do the job of topping up immunity, and no further variants develop, then to us it seems like we are very much on the other side of the pandemic, which is a positive for everyone, including investors, longer term.

Overall, the trends of economies recovering and equity markets going up remained in place across the summer. Other asset classes such as bonds and property, also benefitted from these improvements, in addition to an overall sense that inflation is temporary, and therefore interest rates should stay low. There are exceptions to the rule though, specifically here in the UK and in Emerging Markets, which are fighting different challenges. That story of regional differentiation brings a wealth of opportunities, which we will explore further in our outlook.

One of the biggest challenges of managing portfolios is understanding what’s ‘priced in’ to markets. Markets represent an aggregate of every investor’s expectation about the future, so where our expectation is different, is where potential opportunity sits… well, that’s the idea anyway!

Since the start of 2020 there have been three instances where our expectations have differed markedly from the aggregate. Firstly, in March 2020 when equity markets were in freefall, expecting the worst recession in history, we felt there was an under-priced chance that lockdowns and stimulus would quickly turn things around. Secondly, in November 2020, we felt expectations on vaccine results, and therefore the outlook for the more cyclical industries were too pessimistic. And finally, in Q1 2021, we felt expectations were too high for a spending and subsequent inflation boom.

As such, in all instances, we altered our portfolio positioning to benefit if the markets expectations started to come in line with ours. The most recent decision included adding further to our long-term winners in the technology and innovation sectors, which were struggling in the first quarter. That  has  played out really well to this point,  as investors have come round to realise that people are likely to remain cautious due to COVID for some time yet and are keen to continue to embrace the efficiencies that technology has driven. In addition, as long-term inflation and interest rate expectation (excluding the UK) have become more measured, our bond and alternatives exposures have also performed well.

That’s certainly not to say we get everything right – there are instances where we haven’t, and in Q1 we were very self-critical for not rotating enough into the recovery sectors. However, perfection is a crazy and unrealistic pursuit, our aim is simply to get more right than wrong, and make a bigger impact when we are right. Recent months have been a good example of that, and overall, all six of our portfolios followed quarter two, with another positive quarter three return, delivering between 0.90% (Very Low Risk) and 1.09% (High Risk).

Zooming out a little, calendar year-to-date returns now sit between 2.25% and 8.17% depending on the risk profile selected, and all portfolios have considerably outperformed their benchmarks since the pandemic began. That’s certainly pleasing, though as always, our focus resets to continue to deliver strong results for our clients in the future, and that’s especially important given we expect it to be slightly tougher moving forwards than it has been looking back. 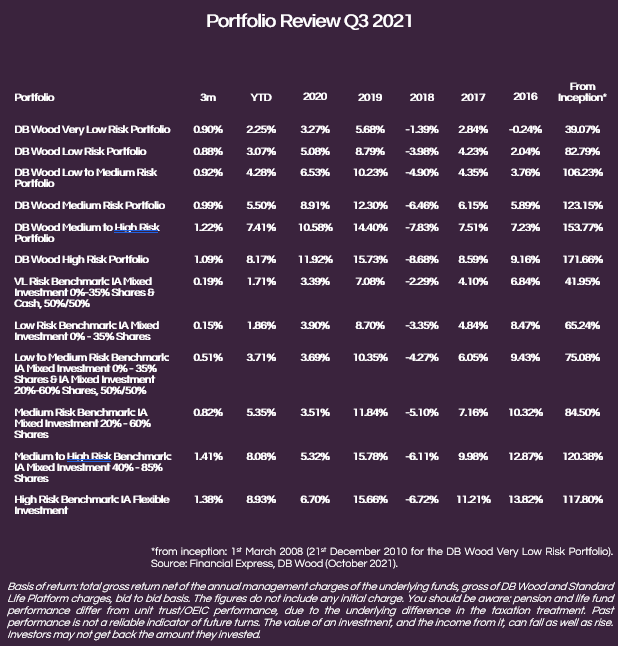 In the 20th Century there were 8 recessions, on average one every 12.5 years. For context, that century included 2 world wars. Thus far this century we have had two recessions, so the run rate is faster. The COVID induced recession was deep, though largely through a combination of fiscal stimulus and scientific excellence, the bounce back has been relatively quick. So, judging where we are in the current cycle is difficult to assess.

It is true to say that partly as a result of historically low interest rates, the majority of investable assets appear expensive, given that they are trading near to or at all-time highs (our own portfolios continue to hit all-time highs, the most recent on 7th September). Real estate is the asset the general public can all relate to the most, but price increases over the last 10 + years really only reflect what’s happened everywhere. As a starting point today then, we have a lot of expensive assets, so where do we go to provide value, grow capital, whilst managing downside risk effectively?

That’s the main challenge facing investors, though thankfully, we have the ability to be very specific and flexible in our investment selection. The pace of technological change has never been faster, and with rapid innovation in healthcare, renewable energy, and artificial intelligence to name but a few, there are industries with huge growth opportunities that we can take advantage of.

The biggest single concern presently if you look beyond COVID, remains Inflation. Our view is that inflation is likely to fall back into next year, and economic growth will remain positive but slow given the scaring from this crisis, which in turn will allow Central Bankers to keep stimulating. Even if they do manage to raise interest rates here in the UK for example, they are likely to go up very slowly, keeping conditions loose for companies and individuals who want to borrow and invest for the future.

As we sit today just a few days prior to our quarterly asset allocation meeting, we remain slightly overweight in equities across the portfolio range, though we have targeted industries where we hope the pace of development in growth will outstrip the average. We are comparatively light in fixed income, given valuations are rich, and the interest received remains close to all time lows. We are overweight in alternatives like infrastructure, which can benefit from the transition to green energy, have more room for upside, and also offer inflation-linked income streams. Geographically, the US remains our biggest region, followed by the UK where we feel there is also significant opportunity especially in the smaller companies’ space. We still have good allocations to Europe, Japan, and Emerging Markets, though again these are very specific as we feel their outlook is less predictable. For example, in Emerging markets we have very low levels of exposure to South Africa and Latin America, as these countries have well-documented economic and politic pressures.

On that point, it’s worth remembering that we have the option to invest in a blend of active (allocates capital to specific opportunities) and passive investments (tracks an index). At the current time we are very heavily active, believing that this process will benefit moving forwards given the diverse range of prospects for different businesses. Even if the trajectory for markets as a whole is more challenging moving forwards, being invested in the winners and staying away from the losers can create additional growth. With Passive indices, invariably you buy the wheat as well as the chaff, and so for the moment this strategy is less likely to yield the best return.

We are always cautiously optimistic, though as ever the global economy is a moving feast, and we will remain vigilant with our scenario planning to try to extend our excellent risk reward record. 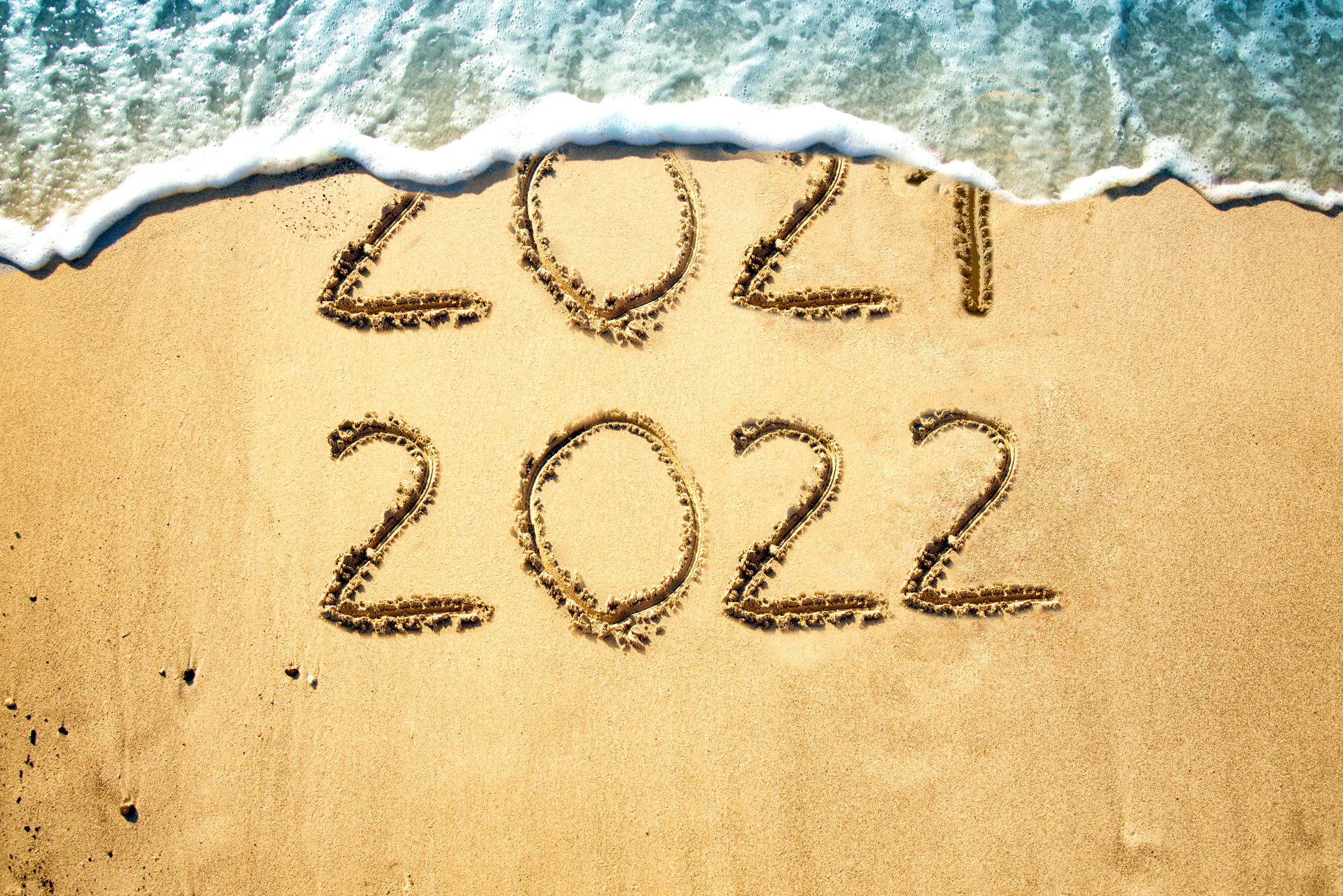 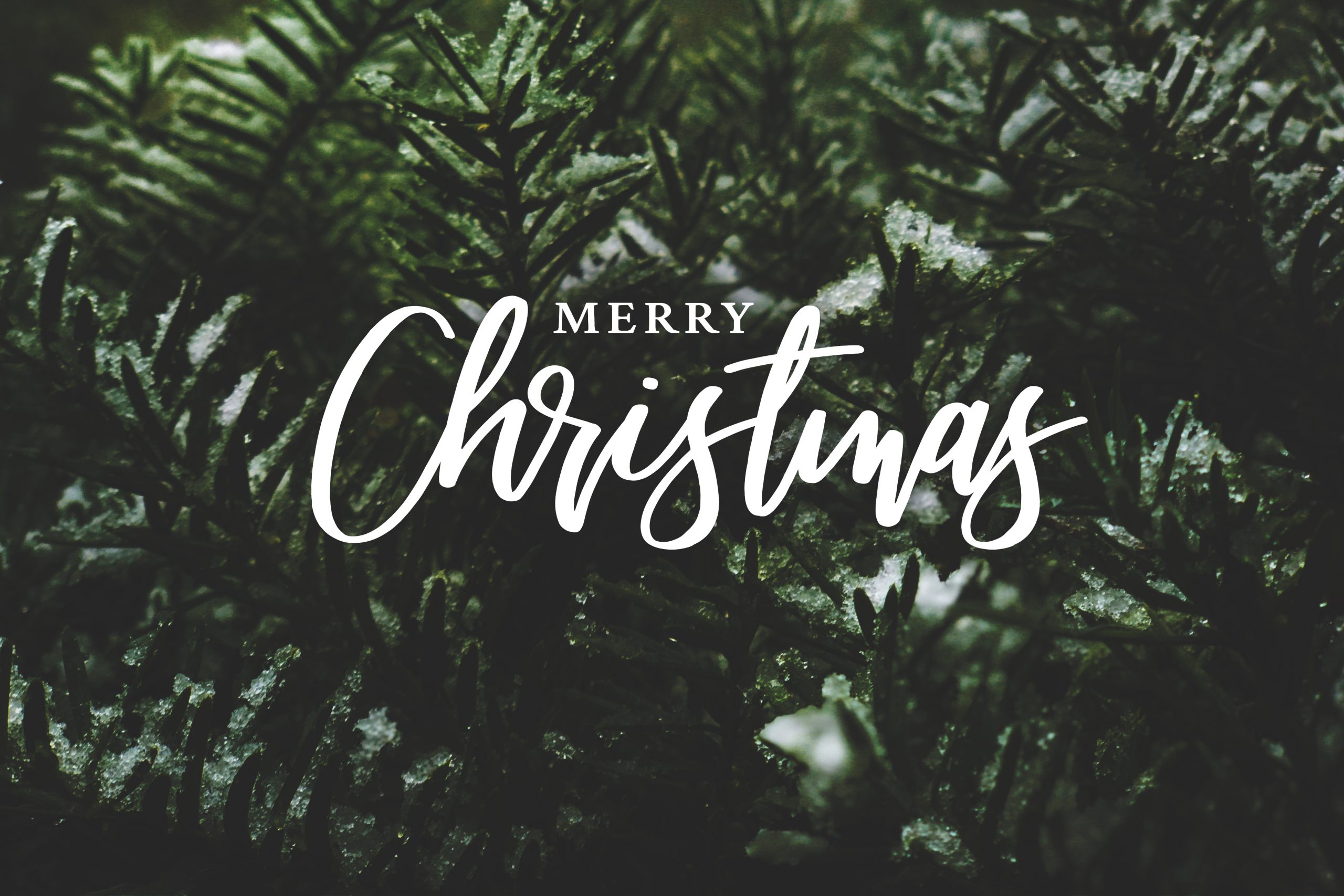 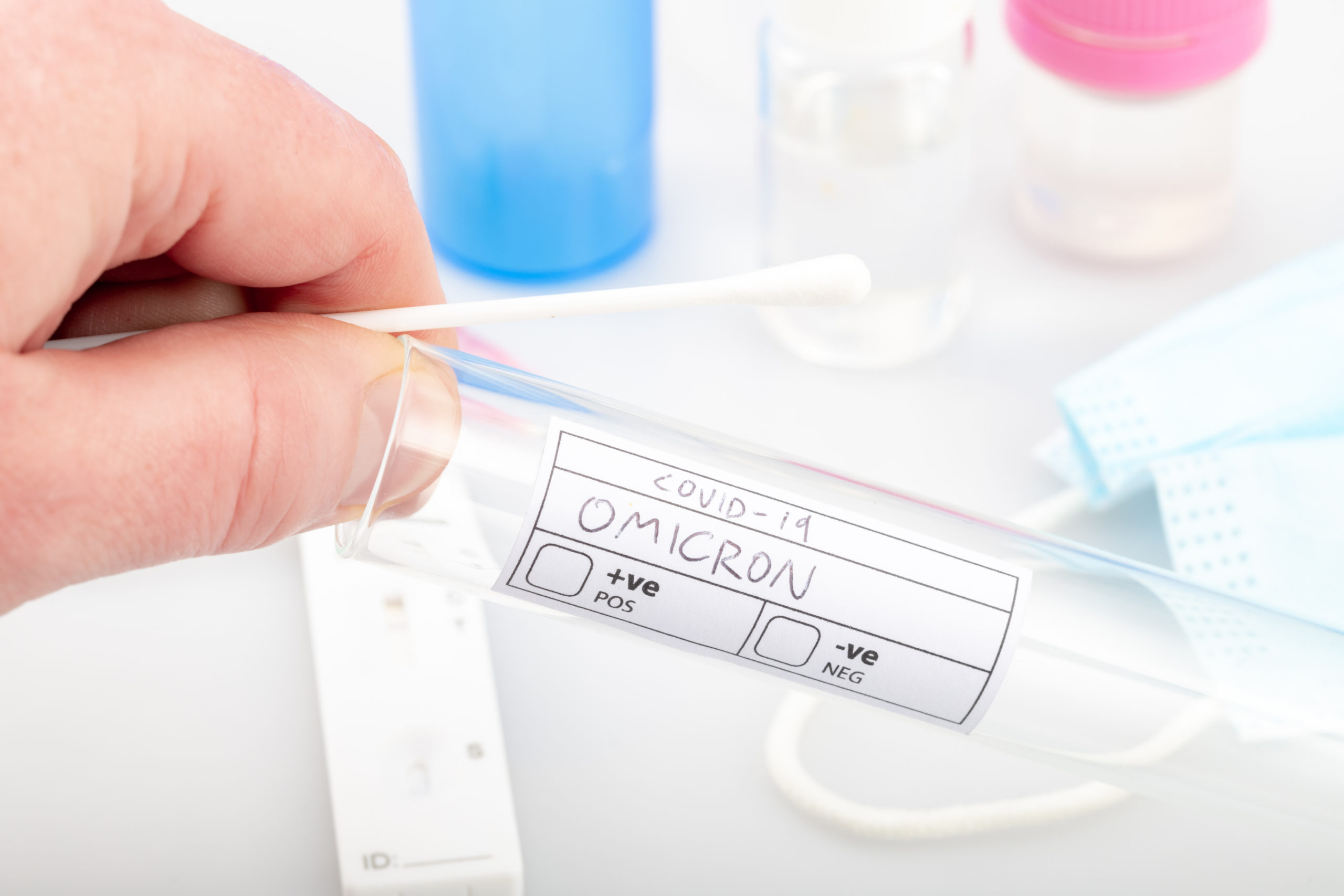