We understand that worrying about your finances is not an added burden you need to carry during a time like this and so we want to alleviate this worry as much as we can. We want to reassure you that all of the team are working from home very effectively on your behalf, and are still available at the end of the phone to discuss any queries you may have. Nothing has changed in terms of the level of service we aim to provide you with… besides our geographical locations. We do this to ensure that we are doing our bit to keep the virus contained, helping shorten this uncertain time. In addition when the country is given the all clear whether that be at the end of the month or longer, everyone here at DB Wood are poised and ready for normality to be resumed as soon as that time comes.

In the meantime though, try not to worry, keep safe and healthy and we’ll see you back at Potterdyke House before you know it.

It is easy to forget that we entered the year on a positive footing. The UK election had provided some certainty at home, a US-China trade deal had been agreed, and economies were accelerating into what was looking like, a strong 2020. The world’s longest ever bull market run was set to continue, and in January markets were positive with those factors in mind.

Perhaps never before has the mantra to expect the unexpected been so relevant. The scale of both physical and psychological change in the two months since the end of January can only be compared to war-time. Investment markets and economies have been turned on their head, and whilst the data is not yet available to confirm it, we, and the global economy are now already in recession.

This recession is going to be quite different to previous, deemed a “stay at home” recession by some. Governments and policymakers are rightly more focussed on saving lives than economic growth, requesting people to keep social contact to an absolute minimum and practice disciplined personal hygiene routines. It must be said that each economy has taken a slightly different stance, though all are aiming to reduce the spread of the virus. China was first to employ a full lock-down on 23rd January, and eight weeks later they have started to resume normal activity, albeit with many restrictions still in place.

Despite proactive policy action, these lockdowns will cause an unprecedented increase in unemployment and company defaults. The scale of the policy response is also unprecedented. Mortgage holidays and a nationwide scheme that guarantees workers’ salaries up to 80% are just a few examples of the measure taken here in the UK, with similar, though arguably less extensive policies, put in place in other regions.

Coming onto investments, it won’t surprise many that equity markets have been significantly hurt in the first three months of 2020. It will go down in history as the quarter that encompassed the quickest 30% fall ever, taking just 22 days to achieve that feat. Compared to 2008, which is the worst financial crisis in recent memory, it was much sharper, with the same losses taking 250 days then. Overall, the FTSE 100 index finished the quarter down 24%, after posting a few days of positive returns to finish.

Other markets were also significantly challenged, with corporate bonds falling heavily in value, alternative assets (such as gold) also posting losses and the commercial property market unable to be valued due to the lack of activity. One of the only ways to protect yourself was to buy government bonds, which ended the quarter in positive territory, though experienced extreme volatility throughout.

The first quarter of 2020 for many will therefore be one they hope to, but probably never will, forget. We now enter Q2 in a period of economic and social flux, though as we will go on to argue, for those who can look through the next few weeks and months, once in a generation opportunities are now available.

It is never pleasing to provide clients with negative returns over any timeframe, so we write from a starting point of disappointment, but nonetheless mindful of the need to maintain perspective. All our portfolios showed greater protection versus equity markets, as all were affected by what can only be described as an indiscriminate sell off. As regular readers of our blogs will know, if you can keep well ahead of the falling market there can be value and opportunity around the corner. Our Low risk portfolios as expected stood up most effectively.

To provide some context, it is often worth remembering that all our portfolios can be split into “short-term” and “long-term” assets. The short-term portion aims to achieve small returns but does not fall heavily in periods such as the last quarter. The long-term portion (equities and other growth assets) aims for long term growth but will be correlated in periods such as the last quarter. Using the Low to Medium Risk Portfolio as a benchmark, around 70% is invested in the short-term portion, and 30% in the long-term. As expected, the long-term portion lost significant value over the last quarter, but the short-term has provided much better protection, losing less than 5% in the worst markets we have seen for a decade. Those lower risk investors should therefore take reassurance from the fact the majority of their portfolio is well diversified and protected, and in fact over one year are close to flat in overall returns.

We would also like to emphasise that our dedicated team remain absolutely focused on the opportunity set ahead. We have made several positional changes over the quarter, (largely to add to quality assets), to help limit downside risk, but also to take advantage of some excellent forward opportunities. This activity has improved returns by 1.5% in just the first three months of the year.

However, the real benefits of this activity will only really be seen in 12-18 months’ time. Take holding government bonds (which we don’t) for example; as outlined in the review section, they are one of the few asset classes that would have provided a positive return in Q1. Importantly though, looking forward a 10 year UK government bond now only offers a return of 0.29% per annum. Compare this to some of the other quality fixed income opportunities we have been able to add to which offer 7-8% per annum from here, and we would much rather hold the latter as in the long run it will leave our clients much better off. For those comparing our figures in the first quarter with the benchmarks below, our lack of government bond holdings in our portfolios is the key difference, though to do so would leave us forgoing a significant portion of positive future returns.

As we discussed in a recent blog post, the quote “you make most of your money in a bear market, you just don’t know it at the time” is one to remember. Looking back to the start of January it was difficult to see where the next 1-2% return was coming from. So whilst some capital has been eroded in the short-term, we have been pleased (on a relative basis) with the performance of the portfolios through this period, and for the first time in many years, there is considerable value in a number of markets, arguably on par with the value we last witnessed within our portfolios through 2008 and 2009. 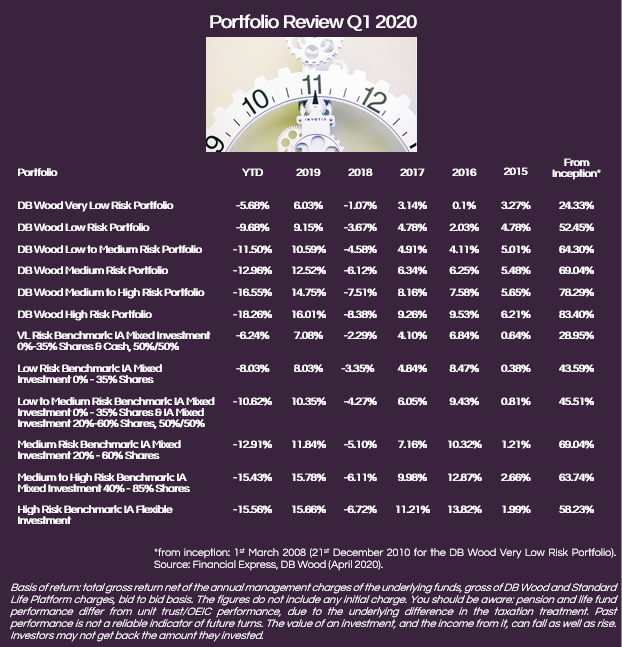 At the time of writing, around 900,000 people across the globe have been infected by Covid-19, with more than 44,000 cases sadly fatal. The first figure likely underestimates the true scale of the crisis however, due to testing challenges alongside a significant proportion of people who have likely been infected without showing any symptoms. Nonetheless, expect both numbers to rise significantly further in the weeks ahead.

Despite rising numbers, trends and percentage increases in Europe have started to follow a similar trajectory to China over the last few days. Lockdowns in many European countries have only been in force for a couple of weeks (just over one here in the UK), but if those trends continue, then it is encouraging as it suggests containment of the virus is likely. In the UK we expect our current lockdown to persist through the whole of April.

Looking slightly further out, the question of how quickly the economy can recover will depend on the re-introductory phase. Too quick, and the risk of a second outbreak is high, but too slow, and the economic damage deeper. This is a challenge all governments will face over the months ahead, though again China will be first to provide us with clues. Initial signs are positive – if you can trust their data.

Overall, there is no doubt that the next three months is going to be challenging. Though from an economic point of view, we have been encouraged by the scale and speed of government intervention. Our base case is that the global economy experiences a sharp recession in the first half of 2020 but recovers into Q4 2020 and beyond. Our level of certainty about this prediction is low however, and hence our focus remains on ensuring the portfolios are in the best position for the environment ahead of us. We would expect markets to factor in this ‘return to normality’, though they are struggling currently to asses when it could be. Market volatility therefore is likely to remain high in the short term.

From here we plan to maintain our defensive positions, to ensure our clients short term buckets remain robust, ensuring clients have access to liquidity for short to medium to term spending and future income needs. However, we are selectively using the cash levels within portfolios to add to areas where we feel the longer-term value is exceptional. We have held minimal exposure to sectors where the outlook is more challenging; travel, leisure and retail for example; and are instead focussed on businesses that we have no doubt will come out the other side in a strong position, improving their market share and growing their balance sheet position. In addition, certain regions look more attractive than others. Asian economies are generally further through this crisis, so we have been adding risk there, compared to the US who do not yet seem to have got on top of their epidemic, where we are more cautious.

Even in lower risk assets such as top-quality corporate bonds, we are now able to access sustainable yields of 7-8% – those same bonds would have been yielding less than 2% just three months ago. We are therefore not having to invest heavily into equities to feel positive about the future; there are now some fantastic opportunities in fixed income.

In summary, our portfolios now offer compelling value to investors who can keep a medium to long term perspective. In 2008, our Low Risk portfolio lost 12% to the bottom of the market (High Risk 22%), though in the following five years returned 57% (High Risk 99%). Today we are seeing many opportunities that are similar, and in some cases better than they were then. So whilst the next few weeks and months will remain tricky, we are also already looking much further ahead, staying diligent but proactive; fully confident our clients’ money is in the right areas once things improve. 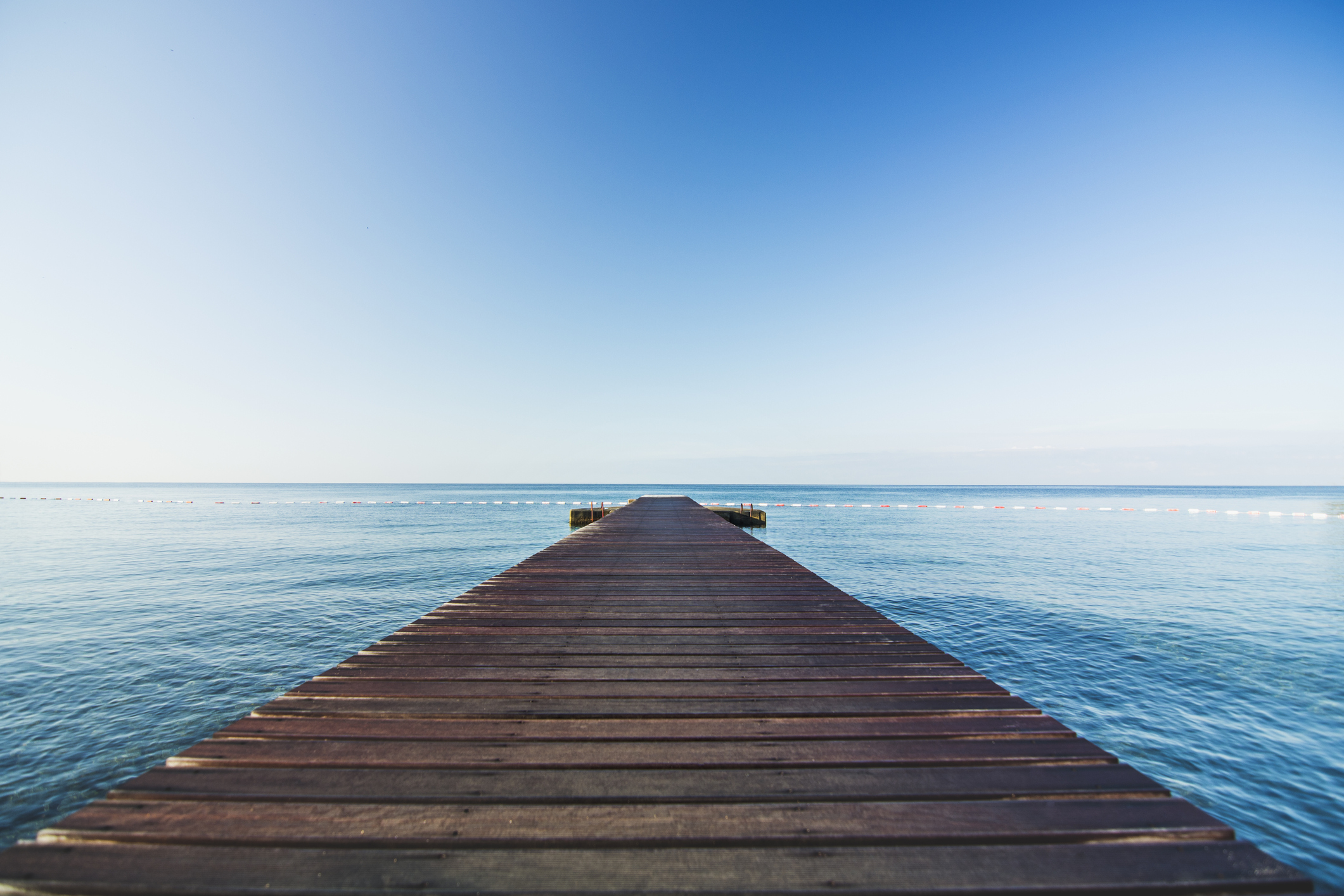 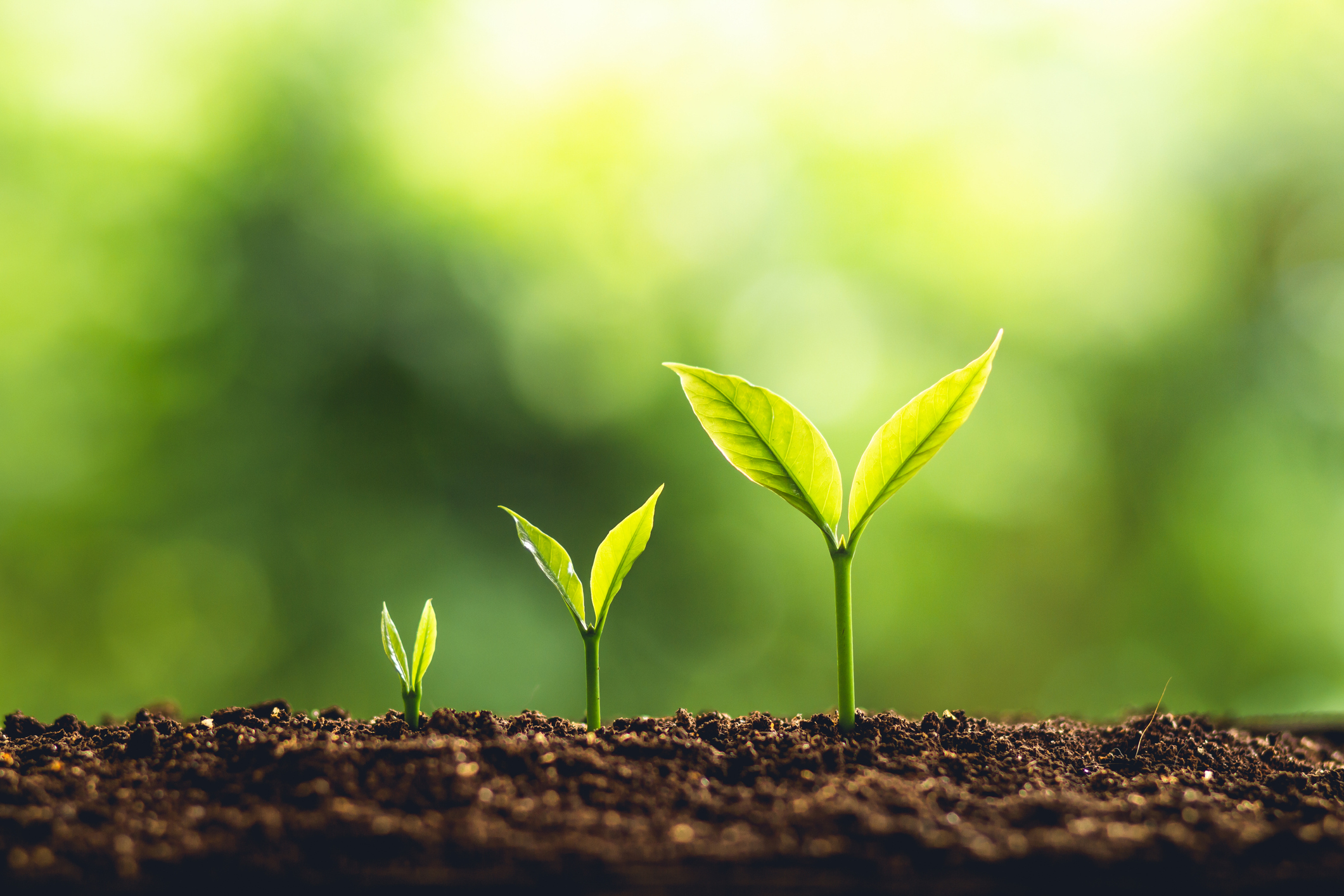 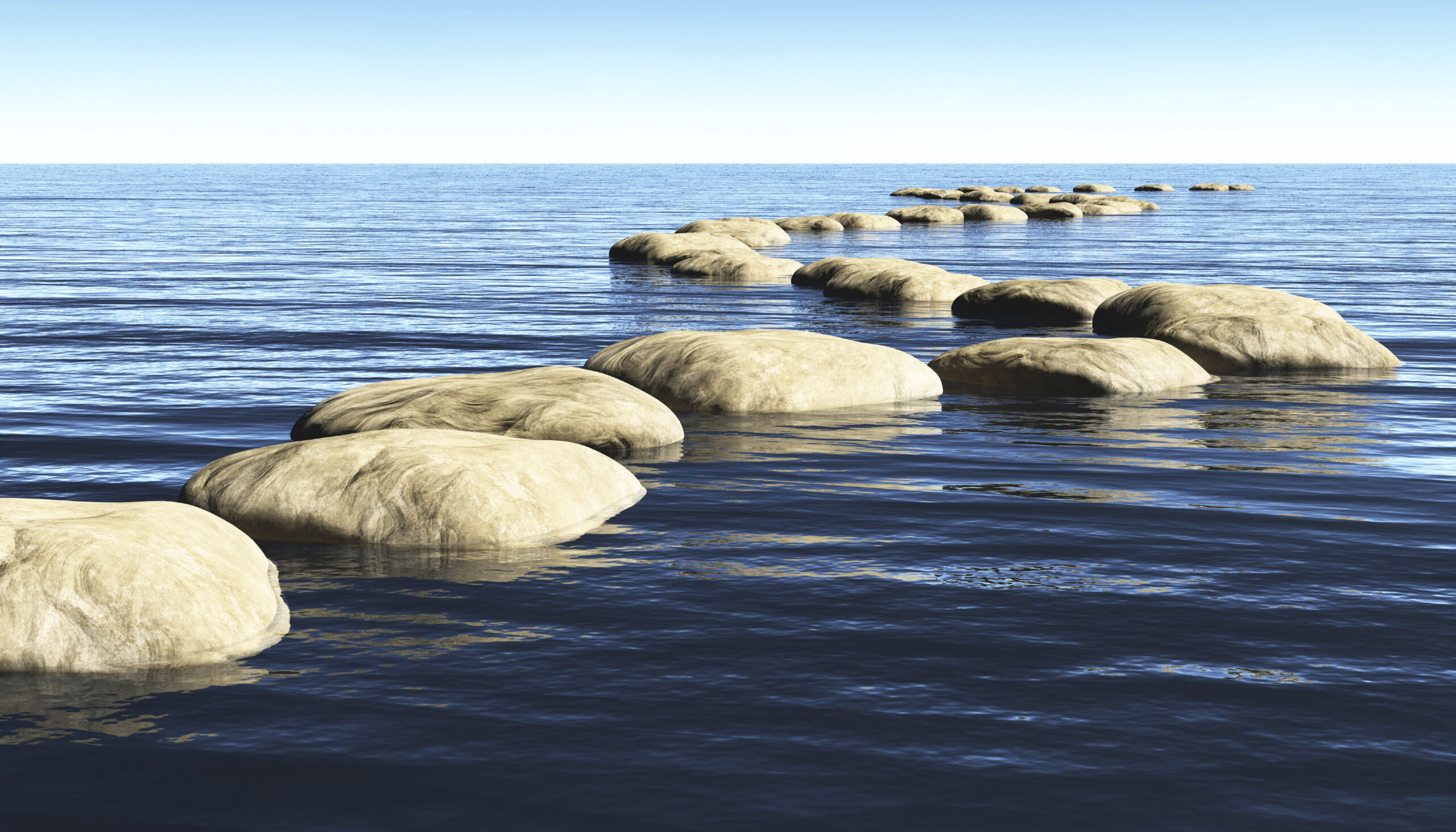